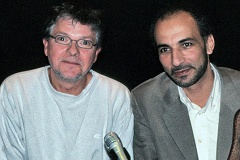 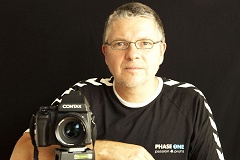 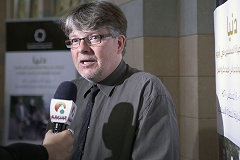 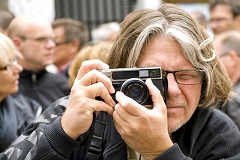 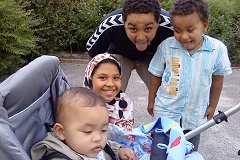 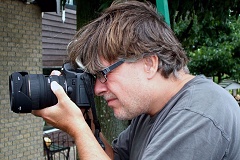 I was born in 1955 in Aachen, Germany and brought up in a strongly Protestant family within a predominantly Roman Catholic community. The political events of the sixties and seventies contributed positively to my person development and outlook on life.

My main areas of interests were Social Studies, Theology and Geography. In 1978 I left Germany for Denmark and since then I have been living in Copenhagen. Between 1979 and 1985 I travelled for long periods to various countries in Asia, Africa and New Zealand searching for answers to my many questions regarding life and death.

The teachings and inspiration I received, especially from people in Egypt and Sudan, changed the course of my life forever. The lessons I learned and experiences I gained there later proved to be crucial in my decision to become a Muslim.

In 1989 I finished my education as a mechanical technician. This education, however, could never really challenge and inspire me to the same degree as photography does. In 1990 I went to Italy to work and after two years I returned to Denmark dissatisfied but with valuable professional experience, a new language and the ability to cook Italian cuisine.

Finally, in 1992 I embraced Islam and since 1995 I have been married and now have four children.

In 1977 I bought my first reflex camera. It was a Russian Zenit and with this camera I made my first photo experiments. I found black and white photography to be the most stimulating and discovered the magic of processing film in the darkroom. This camera, as heavy as a Russian "T34 tank" I carried with me on my first travels into East Africa. In 1980 I bought my second camera. It was a second-hand Minolta reflex camera. This was technically more advanced and of course lighter. I used this camera for many years. In 1997 I bought a Canon camera with a variety of accessories. This was my first professional photographic equipment.

In 2005 I took a one years course at the Copenhagen Photo School. Here I was able to dwell on my practical photographic experience and experiment further to develop my interest in various types of cameras, photographic equipment and films while under the guidance of professional photographers who enabled me improve the excellence of my output. In the future I would like to work with a large format camera.

The camera has been my most important tool on my spiritual journey to Islam. The significance of Light is for me a bridge between Islam and photography.