The "Half Moon Camp" and the Commonwealth War Graves of the WW I in Wünsdorf, Germany.


The Halbmondlager (known in English as the "Half Moon Camp") was a prisoner-of-war camp in Wünsdorf, Germany, during the First World War.

The small town of Wünsdorf is located about 40 km south of Berlin. The camp housed between 4,000 and 5,000 Muslim prisoners of war who had fought for the Allied side. The intended purpose of the camp was to convince detainees to wage " jihad" against the United Kingdom and France. To that end, " detainees lived in relative luxury and were given everything they needed to practice their faith" . It was the site of the first mosque to be built in Germany, a large and ornate wooden structure finished in July 1915. The mosque was demolished in 1925-26 owing to disrepair.

About 80 Sikh prisoners and Hindus from British India were also held in the camp, as well as around 50 Irishmen, and two Australian Aboriginal soldiers.

Today there is an information board at this point, and still the "Moscheestraβe"/ Mosque Street. Perhaps the only street in Germany named like this. 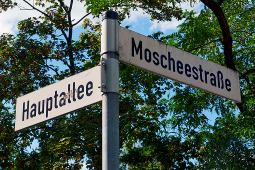 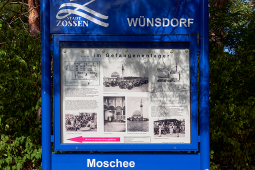 Close to this place there is a war cemetery, the Commonwealth War Graves. This is the resting place of the prisoners who died during this period.

In 1914 as German forces advanced across France and Belgium, more Allied troops were desperately needed. The Indian Army of some 160,000 men was a welcome source of skilled soldiers. Two Indian infantry divisions, the 3rd Lahore and the 7th Meerut were dispatched to Europe. They fought at Ypes, Neuve-Chapelle (where some units suffered almost 80% casualties) and at Loos. In December 1915 these infantry divisions were moved to Mesopotamia, now Iraq. The 4th and 5th Indian cavalry divisions served with destination on the Western Front tight up until March 1918, before being sent to fight in Palestine.

The cemetery was in East Germany a part of the soviet restricted military area at that time and could therefore not be maintained. The final restoration was completed in 2005. 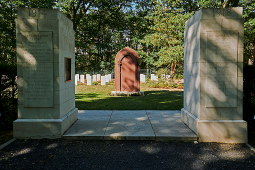 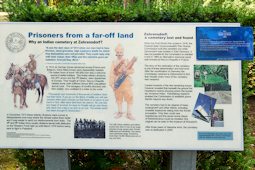 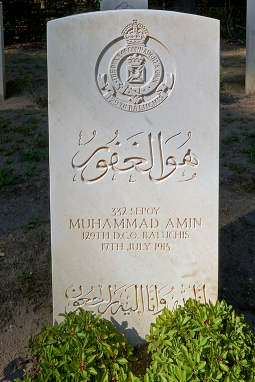 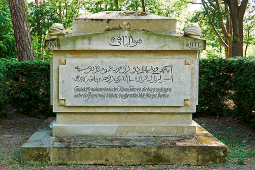 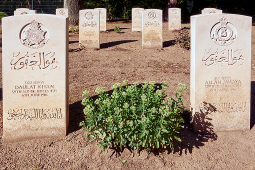